Dedicated Servers For Your Business – Which One You Choose? 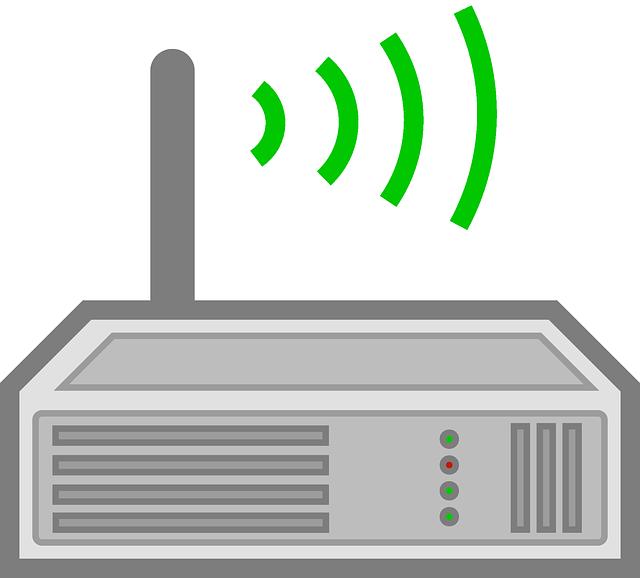 Just like a name, a very first thought which does knock above your head is that a dedicated server must be something which belongs to one completely. Well, yes if this is something you are thinking, then you are hundred percent correct. Renting up and using a computer exclusively which mainly consists of a Web server and related software is termed as a dedicated server in the web hosting business.

Dedicated server is required basically for a website purpose which builds on and gets huge traffic counts. Say for example, a site which handles up to 40 million hits a day, basically requires such a huge server system. The server can be operated remotely through the client company. Different hosting companies offer dedicated server based on requirements while some hosting companies allow a client company to make a purchase and then install its own computer server at the host provider’s location, basically a service coined as colocation.

While I hope and believe truly that the above explanation will help you understand the basics about dedicated server but now more important is to understand that what different hosting companies are offering. Although there are hundreds of companies out there which does offer dedicated servers as an hosting option but in this article, I am going to talk about five brands, namely, InMotion Hosting, BlueHost, DreamHost, GoDaddy and HostGator.

InMotion Hosting was founded in year 2001 and is employee-owned. The company’s data centre is based in downtown Los Angeles while a secondary data centre is based in Virginia Beach, VA. The company offers a broad number of services, which includes three different shared hosting plans to virtual private servers through dedicated hosting (the one which we are talking about in this post).

BlueHost, founded in year 2003, known well for its low cost shared hosting. The company is owned by Endurance International Group based in Boston, MA. The company owns an impressive 50,000 square foot head office. The brand is really a good choice if you are looking for 100% in-house services from a team of specialists.

BlueHost offers three tier dedicated server option for one to choose from. Their “Standard” option comes at a cost of $74.99 for the first month (and then renews at $149.99 per month) and includes 2 x 2.0 GHz CPU, 4GB available RAM, 500GB storage (mirrored), 5TB bandwidth, 3 IPs, free domain, 24/7 support and comes with money-back guarantee. 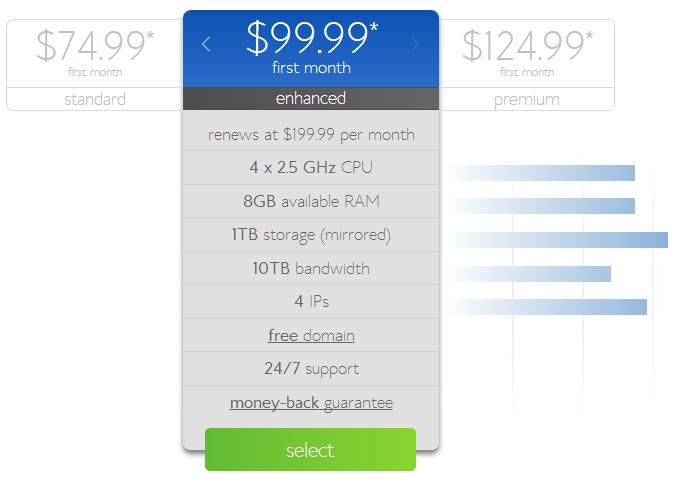 Based in Brea, California, west of Los Angeles, DreamHost made its debut back in year 1997. The company is owned by New Dream Network LLC and was formed by four college mates back in 1996 while interestingly all of them are still working for the company while DreamHost having Simon Anderson on board as its CEO. The company is known well for low-cost shared web hosting but also offers virtual private server and dedicated server. They got an impressive two week free trial as well as a huge 97-day money-back guarantee promise on offer.

Founded back in year 1997, GoDaddy claimed that it’s the “largest hosting provider of secure websites” with more than 10 million customers hosting 5 million websites between them. The company’s primary business is domain name and domain auctions while it also webhosting along with domain registrations. The company’s facilities basically are located in five of US states and in India while its headquarters are in Scottsdale, Arizona. 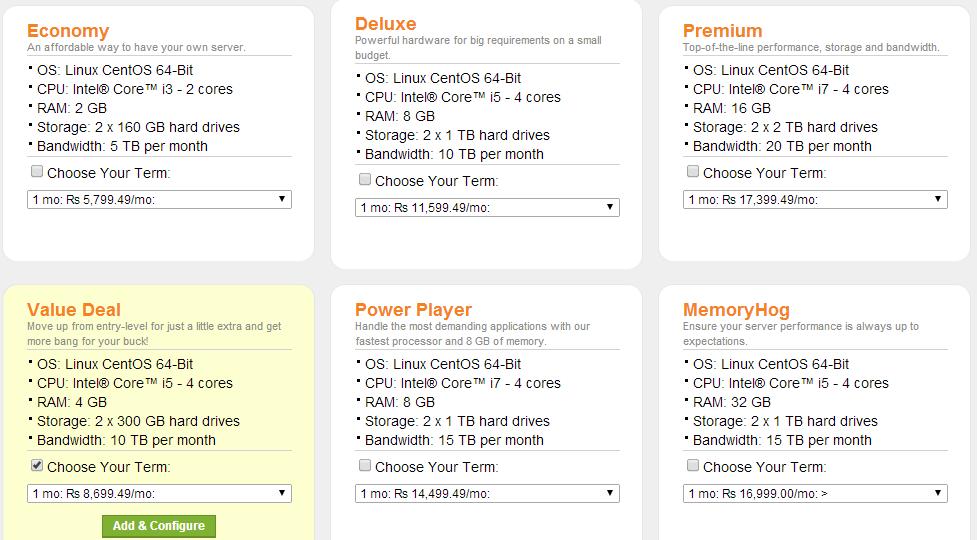 While GoDaddy known well for domain registration but still it got a huge leap over the hosting market alongside. The company offers dedicated servers in total of six variations for four platforms mainly CentOS, Ubuntu, Fedora and Windows. The variations are named as Economy, Deluxe, Premium, Value Deal, Power Player and Memory Hug.

HostGator – one of the best in the industry. The company was formed back in 2002 and hosts over 8 million domains for nearly 400,000 customers in more than 200 countries. They have their base in Houston as well as having an office in Austin while they have their setup in India also. The company also have a third office based in Brazil while it is originally based in Florida in States. The company service base includes a broad range of offerings, but they are known well for both their well-priced structure and their customer support. HostGator having one of the best customer support in the industry. 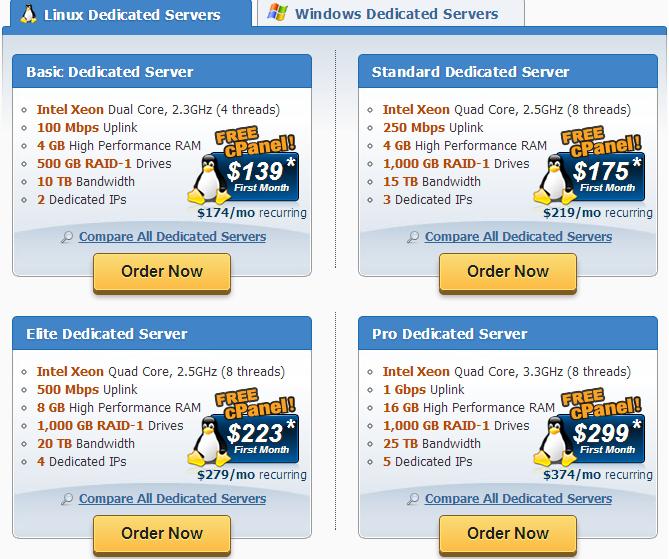